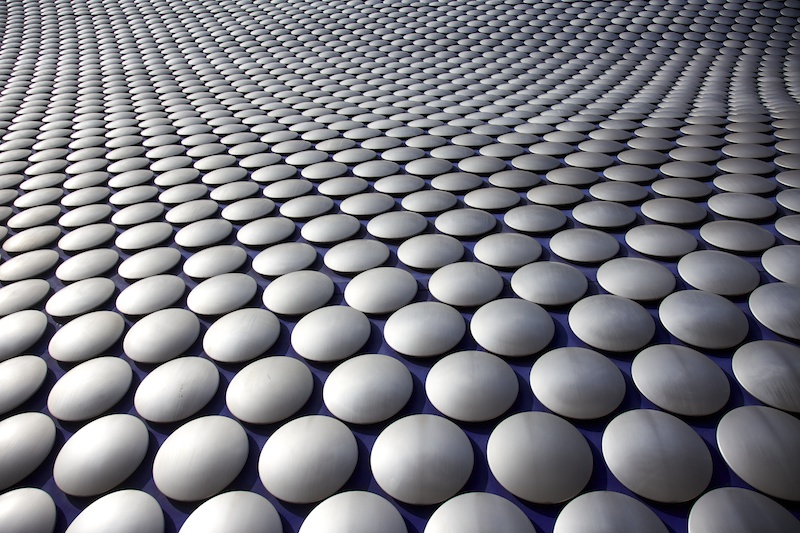 Selfridges Department Store, Birmingham UK- Future Systems
I briefly passed through Birmingham and visited the bulbous Selfridges department store.  The facade surface appears to be a stucco facade with curved metal discs following the contours of the undulating facade.  The patterning and reflection of the light is quite effective, constantly changing depending on your position.  The curvilinear theme continues inside as you can see from the photos.
Unfortunately, the building continues the tradition of the 70s department store ( similar to Vancouver’s Sears) that denies all connections to the street and makes no attempt at urbanity.  The only connection is an ‘orifice’ into a minimal lobby.  The building was meant to be a revitalizing force for the city of Birmingham and it can be argued that it succeeds. It draws people from outside the city to visit and shop.  However, it turns its back on the city in every other way and surrounds itself with a pedestrian ‘dead’ zone.  I believe this sets a pessimistic precedent of less prosperous cities allowing the unchallenged development of ‘exciting’ architectural icons as an antidote to their problems and neglecting to require that these buildings also reinforce the urban fabric to ensure they have a livable city.  This building typology needs to be retired.