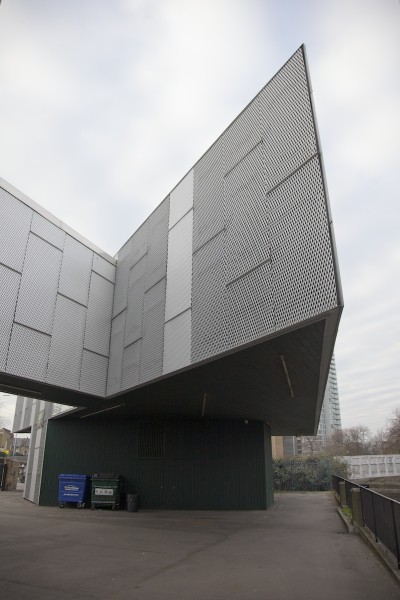 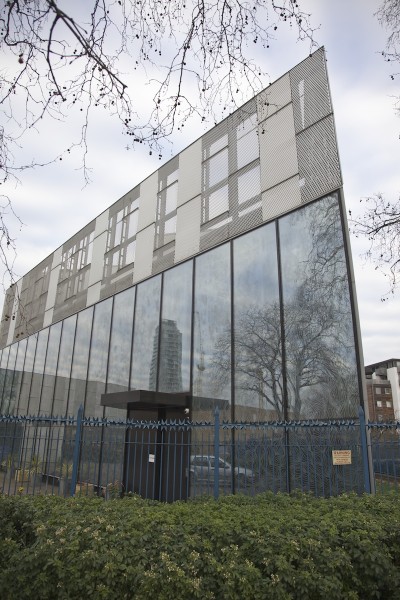 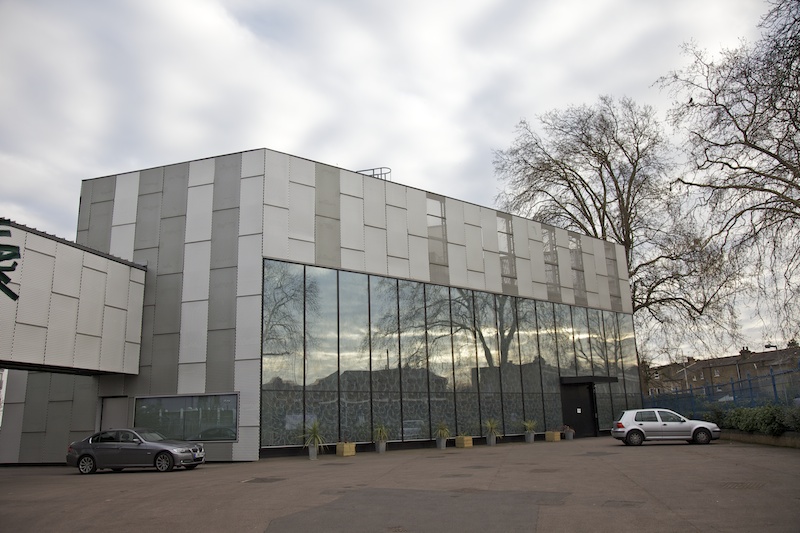 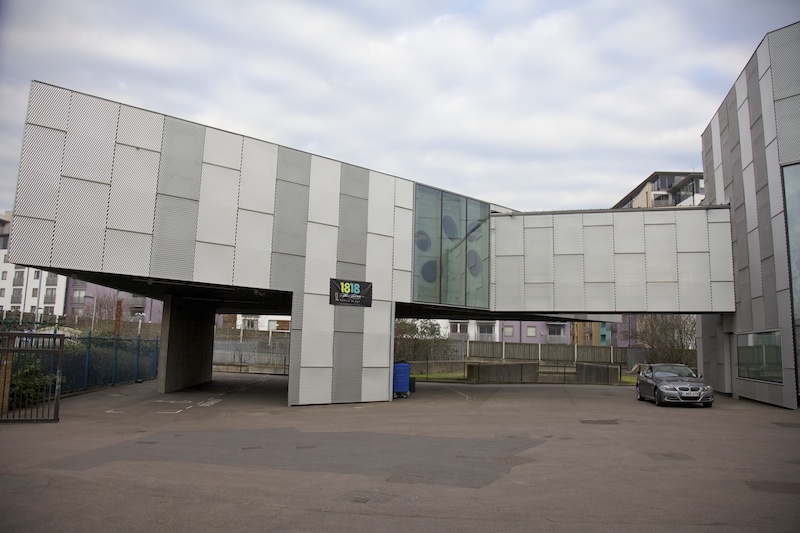 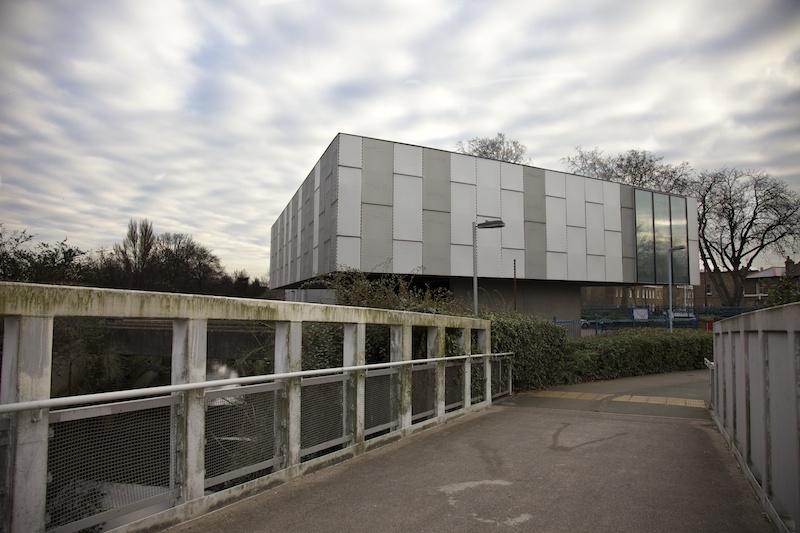 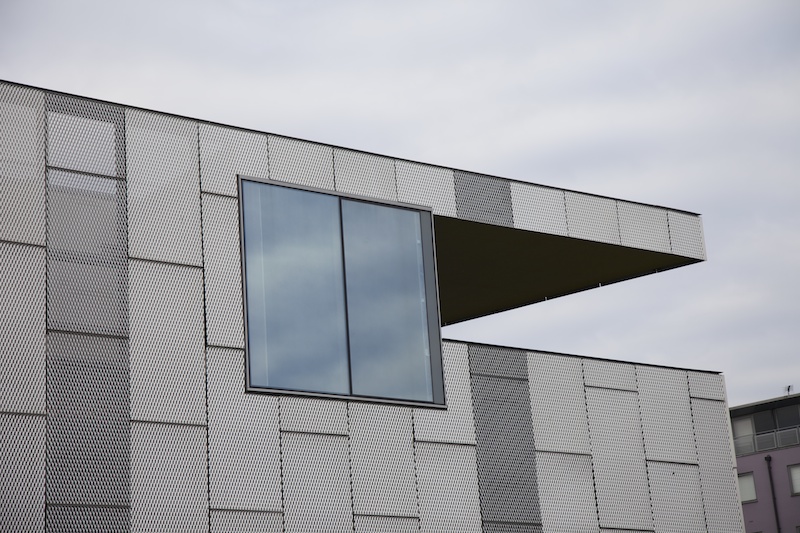 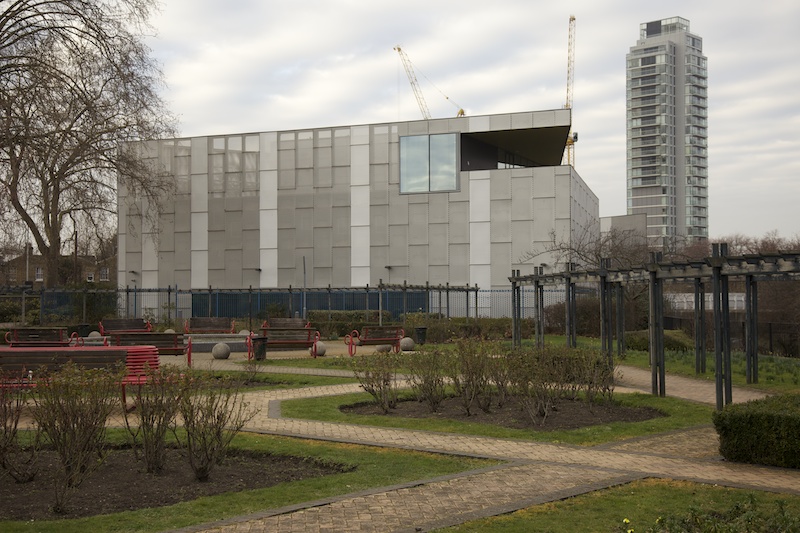 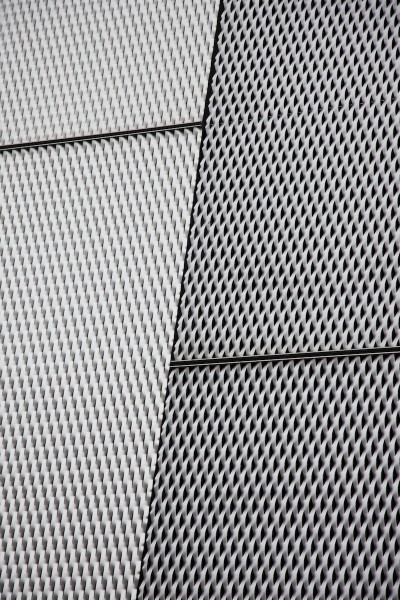 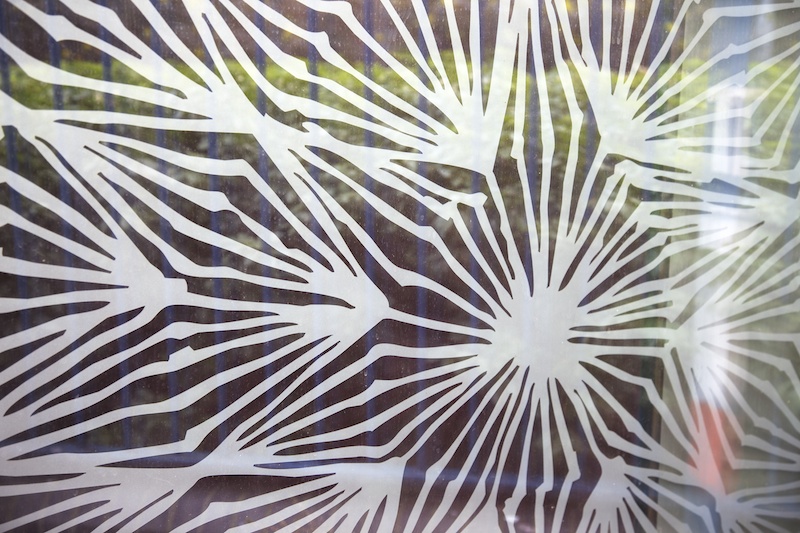 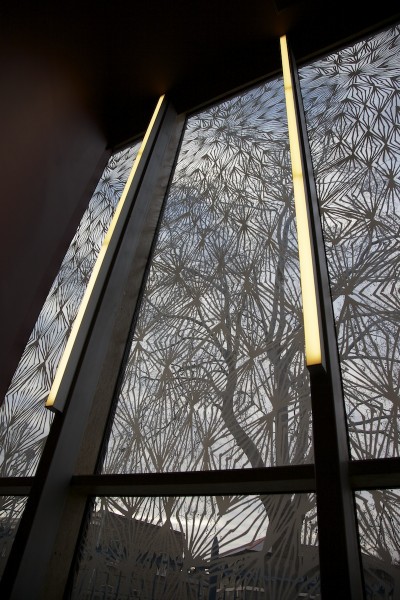 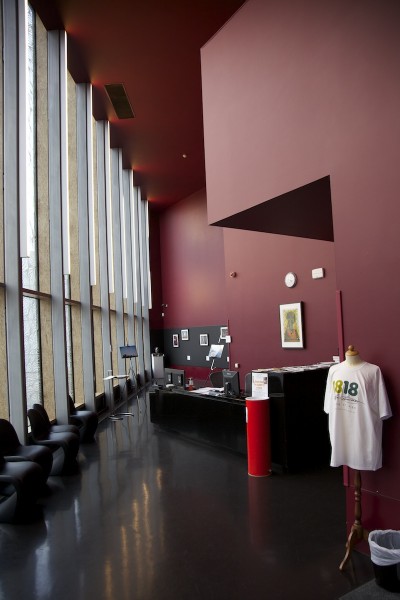 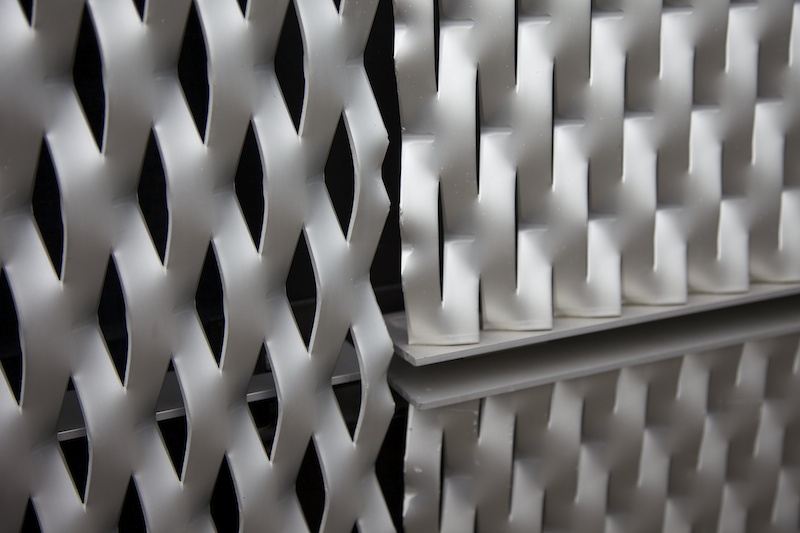 Stephen Lawrence Centre, Deptford – Adjaye
This youth centre in Deptford, a typical east end neighbourhood, is a humble but formally ambitious project.  The facade is composed of expanded aluminum panels and flush frameless glazing printed with organic patterns.  The expanded panels have a directional bias that Adjaye uses to effect by flipping some sections to create vertical stripes due to the change of reflection angles.   The massing as a whole is dynamic and refined.
The siting is relates principally to a canal that runs adjacent and a park behind but theaccess is from the street through a large paved parking lot forecourt.  I can only imagine that security and functional concerns led to this solution but the building as it stands does not connect well to the community around it.  I understand however that it has been very successful as a resource for the youth in this lower income area.